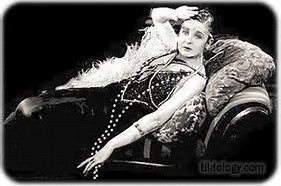 Southern Ladies are known for vague conditions and symptoms, like Sinking Spells. We’re not looking for medical terms or specifics. We prefer eccentric descriptive health conditions like:

We know the value and consequences of various Fits- Hissy Fits, Conniption Fits, Running Fits and if the situation calls for it- we might even Pitch a Fit. There are vague Nervous Conditions too, which are never labelled with Capital Letters. Nervous conditions are described in more colorful terms:

Actually, any Southern Lady who suffers from nervous conditions such as Sinking Spells is not considered weak, oh no- it is proof of Ah-ris-ta- cra-tic Blood lines, Good Breeding, think of Melanie Wilkes here.  Southern ladies who chopped wood and kept the farm running during Wartime, become Fragile– so fragile she might break to bits or fall to pieces in Peacetime. . Some Southern Ladies who are High Strung  with an even Higher Temper and seem subject to Tantrams are also prone to being Delicate or having Sinking Spells when deemed necessary, Scarlet.   Really now, what woman, regardless of bloodlines wants to be thought of as a Battle Axe? No, Southern Ladies must be fragile and delicate;  look wan,  pale as a ghost, yellowed with jaundice, so delicate a puff of wind could blow her away, perhaps presenting with Chill Bumps then a Slight Fever.  Give us vague symptoms– certainly not a fever raging so high, her hair catches on fire- that’s tacky.  Having competing Visions of the Heavenlies or the Gates of Hell is scandalous.  It’s not ladylike. Eccentric descriptions of vague conditions- like a head swimming Sinking Spell are just enough to make Brows Furrow in Concern. This is not to imply we don’t have harsher words for more Serious Southern Conditions. We might say:

‘I was in such a state dealing with that Imbecile, I really should have been Medi-cat-ed but Momma warned me about Dope Fiends. I don’t want to end up like that! No sirree bobtail cat!  I just had to straighten up and be Gracious about the whole thing, so, I took a Minute to regain my Composure.’

Ladies must be on guard to always be Gracious and Ah-ris-to-cra-tic with our various, sundry and vague health problems! We would never appear in public with trashy conditions like Boils, Blisters, Carbuncles, Ri-sens, Knots or Pock Marks. It is unthinkable to appear Run Down at the Heels or be Prone to Hit the Bottle. Having the Heebie Jeebies or Raisin’ Cain isn’t done in polite company.  Showing Signs of overtly coarse and common conditions would send a Southern Lady Over the Cliff. We have long known that most of our vague symptoms and Sinking Spells can be cured with a Spring Tonic made from Wood Violets, Smelling Salts, the restorative Hadacol or a numbing dose of Paregoric. If a Sinking Spell occurs in the daytime, it is permissible to lay down fully clothed on top of a coverlet, but for heaven’s sake- please don’t disrobe and cover up by actually going to bed in broad daylight! It’s alright to put a cool cloth on your feverish brow in a darkened room, just don’t sit staring out into space with a washrag just on top of your head while out on the front porch! 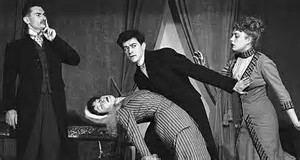 Now I know you’re wondering- what is a Sinking Spell?

Sinking Spells are a Southern Ladies secret weapon for getting our own way. Remember ladies, this is how you have a sinking spell…  Delicate. Fragile. Vague darlin’, vague… Try having a Sinking Spell if you need a bit of sympathy, feel under the weather, need a lift or a new outfit. Don’t forget to lay in a supply of Pepto-Violet, a Spring Tonic  or a Restorative Bottle of Hadacol. You never know when you might need it. Just know that there are times when you definitely will need to take the cure. Like all good Southern tales, this one is part myth, part outright lies and in this case, mostly true.

*Vintage photographs from Bing and Pinterest and are not designated with copyrights. Hadacol (20% grain alcohol) and Pepto-Violet are old remedies. Paregoric is no longer available but it was a numbing medication given freely to teething babies or women experiencing Sinking Spells.