It’s no coincidence that Southern girls aren’t just cuter, they are stunning beauties. We know this from birth. They’re like Strands of Steel woven through Lace Christening Gowns, Ruffled Petticoats and Tulle Tutus. For southern girls, there’s an immediate affinity for Sparkle, Sequins and Crowns. 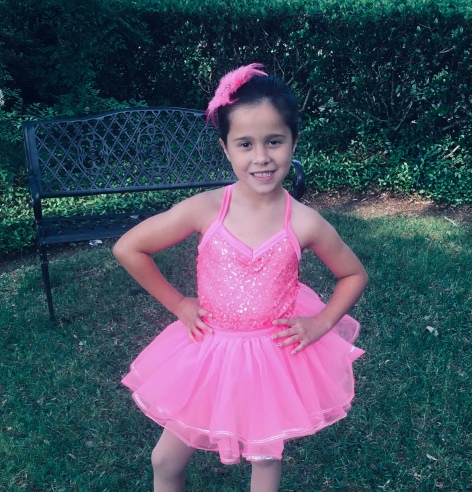 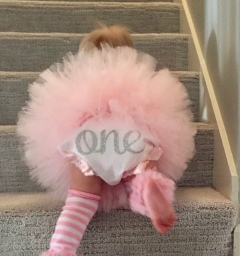 Their eyes flash with fury, the art of flirting comes naturally at an amazingly early age. Charmingly, disarmingly  and alarmingly they manage to get their own way, especially with their daddies, brothers and beaus, who are more than happy to go along with it.

Some prefer devastating hats, some wear Hollywood style sunglasses all year round, some prefer to wear their crowns- All. The. Time. Others insist on over-accessorizing. We allow it, we encourage it and just between me and you? It’s easier than arguing them down. 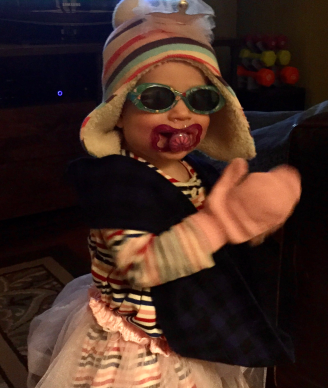 We crown our daughters for every conceivable Fruit, Flower or Nut- not to mention Cotton, Crisco® and Congeniality! And- Bo Weevils, too. For others, the Tutus and Dance costumes aren’t  reserved just for recitals but worn everyday. Recently, I saw a tiny girl with a running suit which had wide bands of sequins down each tiny arm and each tiny leg- her mother said the child loves it so much she has to wash it while the little girl is sleeping!

It must be said, that those who are born loving sparkles often get the crown– we have spawned more than one Miss America right here in Alabama. Southern Beauties win more often than any other region of the United States!   We may be the Land of Cotton but someone somewhere has made a killing off  the 1000’s of yards of tulle for years now! Ball Gowns, Prom dresses, Homecoming Courts, Beauty Pageants, Cotillions and every conceivable holiday including Alabama’s own Mardi Gras, in Mobile, Alabama. 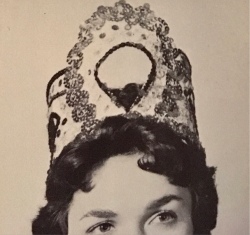 Even Senior Centers have beauty contests- I have warned my family if the day ever comes when they think I need to be assisted in living ( even though I’ve never won a beauty contest in my life!)  It will cost them a fortune in sequined pageant dresses alone. Why? because Southern ladies nevah evah give up hope or stop flirting for that matter!

It would be a mistake to think these beauty queens are all fluff, many go on to become-

If you research the Southern Bevy of Beauties, you will find articles have been written throughout the years- all asking and trying in vain to answer the question of why Southern women are so much prettier–

To pigeonhole Southern Beauties would be a mistake- some are as soft and gentle as Wood Violets, some are livin’ as large as our Magnolia Grandiflora, some cover pain and heartache like the sweet scent of Jasmine.  Some are more like creamy Gardenias, you can’t miss ’em but they’re shy and bruise easily. Others are  late bloomers like the Glory Bower. Then there are those who simply bloom at the wrong time– like Camellias, our Winter Rose. We name them for-

There is an intoxicating mix of culture in the South- more Flags have flown over the Deep South than any other. The spice blend of Native American, Spanish, French, British,  African, Greek, Italian, German and Caribbean have influenced the very food we eat and also contribute to our sweet and spicy Bevy of Beauties!

Most of my ancestors were of European descent, yet I have an American Indian great grandmother aptly named Bama. Whole counties, rivers and towns bear names like Choctaw, Etowah, Tuscaloosa and Cherokee. In the county where I live, the will of a Cherokee Indian Princess is on record. Of course she was a Princess! No other region of America has been so ravaged by war and gone down a trail of bitter, blood, sweat and tears like the South. We’re still struggling with the aftermath. It is undeniable that Beauty is Born out of Trouble. So, is it any wonder that our Daughters are the Queen of our Hearts and a Bevy of Beauties?

We teach them that to be well received,

Secretly we know that beauty and brains is a devastating combination! So, from generation to generation- we revel in their beauty but admire good posture. We remind our daughters, they are born of backbone and courage! And that my friends, is the truth of where our bevy of beauties get their real good looks!

*Photographs are the personal property of the community  of Camellia’s Cottage and should not be used without permission.

* Photograph of ‘Katydid’ was taken by Hollis Ellison a wonderful photographer!

*This post was originally written in 2017, in 2018, Z Publishing awarded Bevy of Beauties…  for Emerging Writers of Alabama. This post has been edited and updated from the original. It seemed fitting to redo this post since we have been blogging 4 years this month!

*Some of the vintage beauties are from Ash-Clairma 1961, the high school annual of Ashville, Alabama where surely some of the most beautiful ladies on earth were born.

* ‘Hey Good-Lookin’ was written by Alabama’s own Hank Williams.

* Zelda Fitzgerald was from Montgomery, Alabama.

*Alabama has had three winners of the Miss America Pageant®, over 20 were runners up and countless have been finalists and special award winners, including our very funny Award Winning Author- Fanny Flag.

14 thoughts on “Bevy of Beauties…”