It’s no secret that Southern women guard their grandmother’s Cast Iron with the same zeal as the family silver, both were used to feed their families. Cast Iron actually helped settle this entire country. Ironworkers fed their families with hard work born in fiery furnaces. I grew up under the watchful eye of the original Ironman- the god of the forge, Vulcan. We sang Vulcan’s Song in grade school… ‘High on mountaintop am I, I look o’er the valley from on high…’  The statue stood atop Red Mountain beribboned with rich iron ore.  Nighttime drives through the city of Birmingham were ablaze with the sights of furnaces pouring molten lava into molds that created all manner of necessary steel and iron. Perhaps a higher than normal amount of iron runs through my veins and maybe- just maybe, that’s why I love the Ironwork throughout historic Sea Soaked Cities of the South. 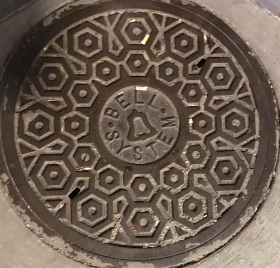 Balconies with lacy ironwork, parks and cemeteries surrounded by ironwork fencing are distinctive in Charleston, Savannah, St. Augustine, Old Mobile and of course, Ironwork is iconic in New Orleans. 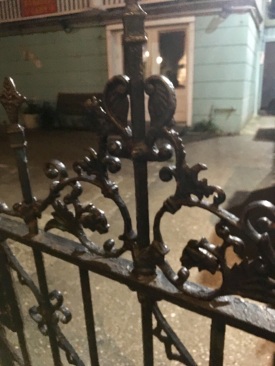 There is literally a Trail of Ironwork in New Orleans, not derived of French influence but from Spanish architecture. After wooden columns and homes went up in flames, it was Spanish inspired Ironwork, reminiscent of feminine black mantilla lace installed on balconies and more…ah, the romance of it all still lingers. 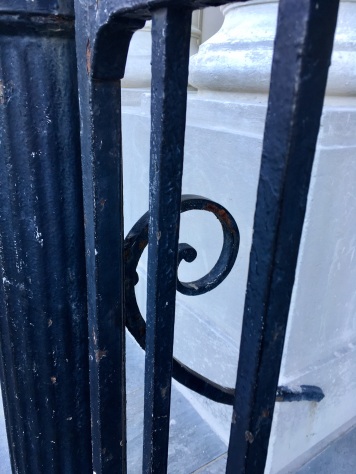 It might surprise you to know, this frilly Ironwork was added during the Victorian era, not before. Most Coastal Southern Cities experienced floods, scourges of yellow fever, social upheaval, war, natural disasters and fire. Ironwork Architecture represents to me, the will to prevail come what may. 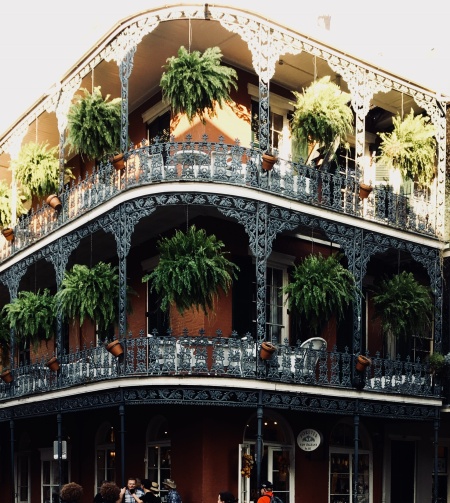 Hundreds of years later, the ancient words in Deuteronomy ring true – ‘…but the Lord hath taken you out of the iron furnace…to be a people of inheritance as ye are this day..’   Whenever I visit an historic city, one of my favorite pastimes is sign up for Walking Tours.  In fact, strapped for time…guided tours may be the best way into the spirit and sense of an old city.

I hope you enjoy this collage from my own traipse through the Trail of Ironwork in the Crescent City. This fall, if you take a last minute trip or long weekend to an historic city- sign up for a Walking Tour, if there’s old Ironwork and Architecture all the better!

*All photographs are mine. *Verse from Deuteronomy 4:20 speaking of the Hebrews being brought out of great difficulty and slavery in Egypt.

*We continue to be very concerned about the wildfires in California, thankful for the brave firefighters and heartbroken for the residents who have lost their lives and so many homes.

19 thoughts on “Trail of Ironwork…”