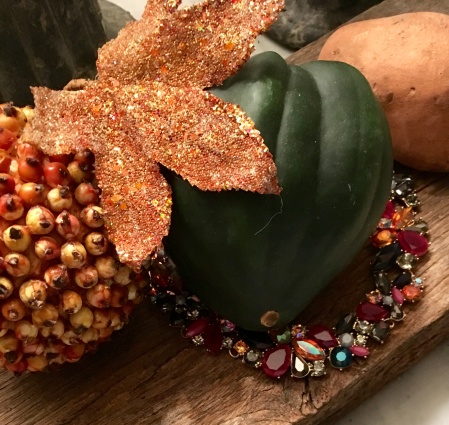 It’s occurred to me that Thanksgiving in the South offers some interesting enlightenment of our people and our region.. All regions know how interesting, maddening, delightful and hilarious family holidays can be! Here we never want to be too critical of the family because, well it’s not exaggerating to say that Southern Food, Southern Beauty and Southern Accents are far superior. The South has eye popping beauty- refined, rustic or rough as a cob, like the people who’re from here.

Take the Grumpy Uncle who can get loud- you know the type- knows it all but never knows when to hush up.  His scope of the political landscape is daunting- he’s a ‘law and order, hang ’em high and often’ kind of guy- His wife watches NPR and graciously corrects him -saying ‘Thank you darling for sharing your perspective’. They stopped watching the nightly news together years ago and have agreed to disagree. She likes diversity- attends Combined Worship Services with all Communities- Grumpy Uncle stays home.

Then there’s the Nephew who lives for the Opening Day of Hunting Season- Bucky’s always dusty like the chert roads he drives on. Sometimes we think  Bucky loves his huntin’ dogs- Jackpot, Fang and  Cream Puff more than he loves his own Momma! Recently, Bucky offered to take his Momma up to the hunting lodge; told her he’d teach her how to shoot; she  politely declined. Secretly she keeps her great grandfather’s pearl handled pistol under the mattress, loaded. In fact, she won’t allow her mattress to be turned- evah.  The mattress weighs fifty ‘leven pounds and is reported to be worth a fortune. 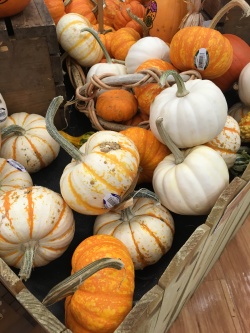 Then there’s Aunt Eugenia, who always asks- ‘Who your people are?’. It’s been reported that a distant cousin was thinking of marrying a questionable young man- Aunt Eugenia wrote to the State Director of Archives and History  asking for the lineage of the young man. She’s had a working relationship with the Department for decades. The bane of Aunt Eugenia’s existence is her Niece, the political activist, the one who agreed to attend the full round of Catechism Classes at First Presbyterian and then announced to God and the Church Elders that she would not consider putting herself forward for Confirmation and Sprinkling even though the programs had already been printed. Her family was horrified.

Who can forget Long Tall Double First Cousin Floyd? He led singings at Sacred Harp Conventions  for 50 years. Everyone feels obligated to ask Uncle Floyd to say the Blessing for Thanksgiving Dinner. With bowed heads, the women struggle to keep the food warm while Cousin Floyd starts in praying-  opening up with Original Sin in the Garden of Eden- ending fifteen minutes later with a flourish at the Great White Throne. All are very thankful by then.

Uncle Floyd’s  plump wife is the Pentacostal Princess of the Covered Dish- and I do mean prize winning. Princess wrestles with high blood pressure and swollen ankles. The high salt content in Cream of Mushroom Soup and Canned Onion Rings are contributing factors. 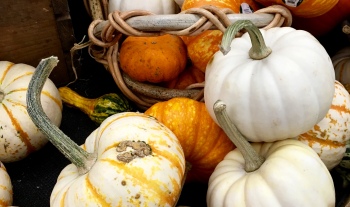 At the other end of the table is the Union Boss Aunt whose husband is Foreman on Third Shift. He had to learn how to make Biscuits and Cornbread and the best Blackberry Jam this side of heaven, just to survive his working wife’s inability and disinclination to ever come near an Iron Skillet; though she is proud to say– her Ironworkers have been making Iron Skillets for generations. She’s tough as pig iron- he’s a big teddy bear.

Then there’s the rowdy offspring of Grandmaw Bama, a full blooded Cherokee- Grown men whoopin’ it up as part owners of Mississippi Casinos. Still. These Indian Chiefs were smart enough to marry good Methodist girls- quiet, unassuming DAR members. Their folks are the Bankers, Lawyers, Doctors and  Accountants. Generally their mothers are Pillars of Society or Teachers who wear sensible shoes. They know the ropes of society’s high demands. We count on these ladies to bring Tea Sandwiches, tiny Dinner Rolls and Petit Fours, tiny being the operative word. 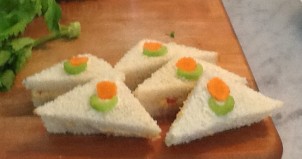 And isn’t there always a skinny freckled Nephew with buck teeth who is the official photographer? Freddie has an annoying habit of catching the Beauty Queens without a smidge of lipstick on, looking pale as ghosts! The Beauty Queens exhibit varying degrees of glamour- for instance, the Cotton Queen and the Peach Queen are a cut above the Peanut and Boll Weevil Queens. The long line of Southern Queens manage households wisely, run the vacuum cleaner wearing  Tiaras and no matter how old they get- will always be Queen of Everything. 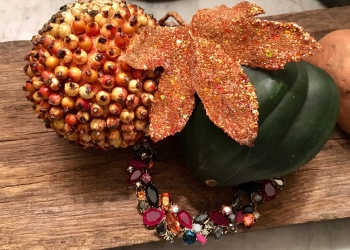 And dare I mention the motorcycle riding Vietnam Veteran, Billy Jack who brought home a sweet foreign wife? Always wearing matching bandanas- Billy Jack bears a striking resemblance to Willie Nelson. His wife has lived in the South 40 years but still thinks dumplings are steamed! Their son was a child prodigy, he learned Classical Violin before he was three, while simultaneously perfecting Hogcallin’ .

Aunt DawDaw keeps chickens and can be counted on to bring the Devilled Eggs. DawDaw’s son inherited the Family Cotton Farm and shocked everyone by not majoring in Agriculture- Fitzgerald got a degree in  Horticulture with a concentration in Floral Design. Fitz makes Wreaths and Floral Arrangements with the Family Cotton, his designs grace the Front Doors and Thanksgiving Tables all over the place. Folks whisper he’s topping high cotton makin’ more on his floral designs than a bale of cotton brings!  Fitz is a bit peculiar but all of the unmarried girls want to marry him or at the very least have Wedding Bouquets made by Fitzgerald! He’s admired by his whole family; Fitzgerald saved the family farm…and made enough to buy a fancy cotton pickin’ machine… 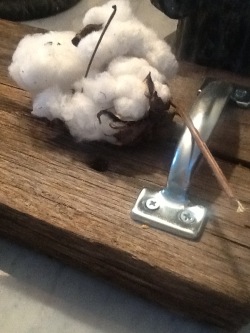 Like cyclist Billy Jack, Great Uncle Chester also married a foreigner. Bless her heart she was a Yankee.  Uncle Chester moved her down to Texas. Out in the middle of nowhere, Chester promptly drilled an oil well or two- then had the nerve to invite the whole family to his Ranch for Thanksgiving. Of all things. Listen- we don’t have Stuffing made with bread balls or cubes whatever they are– We have Dressing, Cornbread Dressing!  Thanksgiving Food is Sacred in the South. Don’t mess with it. Unfortunately, Uncle Chester’s wife tried to make Cornbread Dressing- and failed miserably. She put a liberal amount of Oregano in the Dressing Mix. She mixed up Oregano for Sage! All of that Oregano caused a gag reflux in Aunt Flora, who actually had to excuse herself from the table! She never forgot nor forgave it.

Aunt Flora was a real southern lady with unfailing good manners and an impeccable cook.  Every year without fail- Aunt Flora made the Cornbread Dressing -hissing that she would nevah get over Chester’s wife- ‘Can you believe it! She put Oregano in the Dressin’!’  On her deathbed, Aunt Flora stretched out her frail hand and said – ‘If you evah put Oregano in the Dressin’ I will twirl three times and come up out of mah grave!’ No one wants to risk it. Clumps of Sage were planted by her gravestone and granted perpetual care.

This is the South, y’all. We’re alike but different. Some of us think the others should be more open minded- others cling to the old ways.  We may not yell for the same SEC football team but we all agree it’s the best football in the country. We never disagree on how pretty it is down here or how to make decent food, especially Decent Cornbread Dressing.

The South simply can’t be described in all of its civilized or uncivilized behavior of varying degrees. Let me put it this way, Norman Rockwell never painted a Southern Family having a Southern Thanksgiving- Mr. Rockwell would not have inflicted that sight on the General Public. However crazy, peculiar, eccentric we might be- we defend her, overlook her eccentricities and step carefully in our Graveyards for fear of all the Rolling Over, Rising Up and Twirling surely going on in the South…

This is a tale of a Southern Thanksgiving, your own family will look positively sane by comparison!  Oh lord, y’all- like all good Southern tales, this one is part Truth, part Myth and part Outright Lies…

*I do confess to havin’ a great grandmother- full blooded Cherokee and affectionately called Bama. *This is a work of fiction! Any similarities are pure coincidence and for that I pity you.

*All of the photographs are mine.

45 thoughts on “Thanksgiving in the South…”