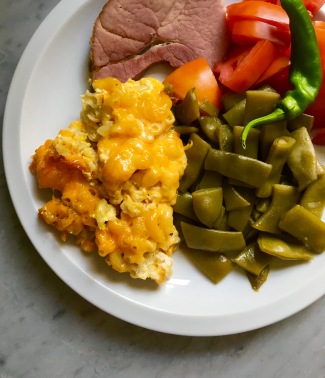 Besides our glowing skin, our charming accents, the unusual way we talk and the fact that most of the time we’re cuter; what people really like about Southern Women is our Food! I mean who doesn’t like:

So, every once in a while I feel I should warn folks about seriously misguided phrases, so you can avoid being trapped into eating something not at all like Real Southern food! For instance, if someone says-

If someone wants you to try something called ‘Southern Style’ – well, it’s a fad. If style is added after Southern- Don’t believe ’em…it’s against the truth in advertising law. We all love to be stylish but don’t mess with our food! I’m also leery if someone says- ‘ I make oven fried chicken’. No, darlin’… this is how you say it-‘Ah’m gonna fry some chicken.’  Here’s the clencher for true Southern cooking- if she has the burn marks to prove it; pulls up her sleeve- points to a place and says ‘Easter, 1998’ – and that place is ‘March 2001’.  That is physical proof of someone who can actually fry chicken- not style or oven fry chicken!

But the real term to avoid is: ‘It tastes just like…’ 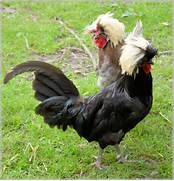 Today I was amusing myself by reading one of my favorite cookbooks- Don’t even think about asking me which one, I cannot bear for cornbread to be shown such disrespect– Some woman, whose ancestors, no doubt are Carpetbaggers; was Scalawag enough to pawn off a recipe called ‘No Corn Bread’ – really!  She actually wants folks to use Cream of Wheat instead of our revered Corn Meal! I tossed the cookbook away from me in abject horror. I couldn’t believe it! Why mess with perfection?

Though as I’m writing this, I have to think that the cook who submitted- No Corn Bread  must either be flush with  money or not very well liked. Some Junior Leaguer is surely grinning like a possum- that she included such an irreverent recipe in the final draft!  You might as well be warned, don’t put too much credence in food styles, any recipe that says ‘mock’ or ‘tastes just like’  are food traps! Be warned, they are out there and often passed off as Real Southern Food.- Don’t believe ’em.

*note: There is an actual Rattlesnake Rodeo held  in Opp Alabama if you ever get a hankering for real rattlesnake!. We might be the only State in the Union to have one town name Opp and another called Epp! Many years ago, I had a dear friend who had travelled from her home in New England cross country- She could not believe that she passed through OOPS on one side of the state and on the other side. she passed through EEPS, yes, that’s my sweet home Alabama!