I met him when I was a freshman at the University of Alabama. His date was beautiful, mine wasn’t exactly Prince Charming. I looked across the room and saw him, there was a knowing. I went back to my dorm and told my roommate and two other friends that I believed I had met the man I was going to marry.  It was a turbulent time, my cousin had died in Vietnam the previous summer just three days after his arrival;  yet on that beautiful Tuscaloosa campus there were protests against the Viet Nam war. And I had met a brown eyed handsome man, who was a gentleman, clean cut and the most decent person I had ever met. He still is. I felt calm when I was with him. I still do. Our first date was on Valentine’s Day, 1970. He loaded his old car with my friends and took us anywhere we wanted to go. He still prefers old cars to new ones, gets sentimental amount them. I appreciate this now that I’m an older model myself. He was athletic, had been All County in Football and Baseball, he was in a Tank Unit in the Alabama National Guard and went on to become a paratrooper Special Forces Green Beret. He was unpretentious, and even after a lifetime of achievements- he still is. His favorite TV Show was Andy Griffith, it still is. He liked Country and Classical, I liked Motown and Soul music. His Chet Atkins’ style guitar-playing won me over. I still love the songs he played back then- Silver Wings, Long Black Limousine, Miller’s Cave and Windy and Warm. When he finally got that Country Gentleman Gretsch™ Guitar, like Chet’s it sounded even better!

He made me laugh with his  dry sense of humor, like the time I asked him-

We married ten months after we met. I was a Christmas Bride. 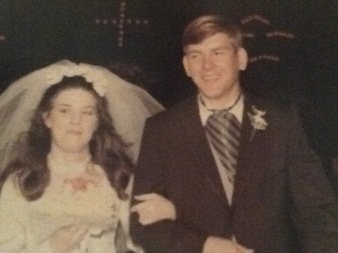 We were told we would never have children, for eight years we didn’t. Then just 21 months apart, we had two delightful baby girls. This Christmas Bride found out we were expecting, not once but twice, just days before Christmas! We would never get over our miracle babies. We’ve enjoyed every minute of being their parents. Given the chance we would do it all over again. Our children are the joy of our lives. They have made us better people. During these many years, we have known-

Those vows I made as a Christmas Bride were easy to keep because of the man I married. He has made my life richer in so many ways and through so many folks we have known. Our life has been full of rich experiences. Everyday he still makes me laugh and every single day he brings music into our home. 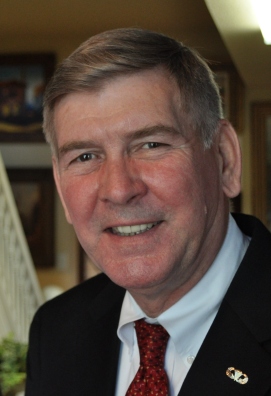 I have embraced his deepest beliefs as my own- Don’t Mistreat People. Do What You Can to Help. Pay your respects. Never forget the folks who helped us. Be there. He’s better at it than I am-but I know this to be true:

We honor our vows when we honor those beliefs.

This man has occupied my heart for  many years; I became his Christmas Bride on the twelfth day of December. Dare I say it? Young Love is sweet but Old Love is best.

Take it away Chet! And Happy Anniversary Darlin’, Camellia