The late great Pat Conroy, wrote a cookbook that is one of my all time favorites- he has one chapter called ‘Why Dying Down South is More Fun’. In my collection of local, state and regional cookbooks- they don’t come right out and have chapters devoted to funeral food– but if you’re from the South- well…let’s just say we know that the cooks who offer the submissions have gotten a whole lot of compliments on the dishes they took to comfort those who mourn. We also know which ones don’t comfort- they afflict. You don’t take hot spicy foods like Pit Barbeque- which might conjure up the image of ‘hellfire and damnation’-though the grieving family will graciously accept any and all offerings in the spirit in which they are given. Pat Conroy makes note that when anyone dies in the South, ‘the pigs get nervous’– I would add – ‘the chickens get nervous and stop layin’. Fried chicken shows how much you care, stuffed eggs are always welcome and a baked ham feeds a crowd. Stuffed Eggs are the appropriate term for funeral food– no one in his right mind would dare called them ‘Devilled Eggs’. We prize stuffed eggs so much we have plates with little egg shaped indentions passed down from one generation to the next, I have my grandmother’s white egg plate.

Women have Pyrex dishes with their names inked on masking tape for Dinner on the Ground, Memorial Day and holidays but mostly for funeral food. These glass dishes might be ensconced in a silver holder with little legs or just plain glass- but all are filled with concoctions to die for- they’re so divine. You can count on hearing- ‘Has anyone seen my 9×12 Pyrex dish?’ in the days and weeks to follow a funeral.

In the South, when you don’t know what to say- taking comfort food is the very best thing to do. We hope after the funeral, folks will eat as good or better than at Thanksgiving or Christmas- we don’t want anyone to worry about what to eat, when they are struggling.

I try to keep a Bereavement Pound Cake in the freezer- my pound cakes freeze very well due to the high fat content and being wrapped tightly. I’ve never kept one frozen for very long-to have a Pound Cake on hand has truly been a lifesaver…well, a life might have been lost but a ham, a casserole or a pound cake- is comforting, goes a long way and can feed the multitudes.

Mostly teetotalers-we don’t talk about it very much, but we do value the medicinal numbing qualities of strong drink– we might nurse it, we just don’t advertise it. The South has produced the finest beverages in the world- Sweet Tea, Co-Cola, Bourbon, Jack Daniels, Muscadine Wine; even Rum, all of which do bring a nip of comfort to afflicted mourners.

We once attended a memorial service for a local Historian whose specialty was the War between the States. This man wanted his service to be authentic-held in a historic home he knew was being restored. The Committee decided unanimously not to restore the bullet-riddled transom over the door from a little skirmish during the war-ah. The house was opened to honor this man. The Honor Guard was in full regalia worn for ‘re-enactments’ – which to be honest, are exercises in futility since we’re never gonna pull this thing out, but the men seem to enjoy it. The revered Historian wanted to be cremated and his ashes strewn on the closest battlefield- which caused a bit of an rippit from some of the older set, who still think six feet under Alabama Marble is the most dignified way to go.

The Historian’s service was planned down to a tee, the house was spruced up and the wide foyer was set with folding chairs facing a flag draped altar with the urn on top– all ready for the next day. One of the men brought in the big punch bowl to sit on the sideboard- he had obtained the old recipe from 1786 for Chatham Artillery Punch. It has to preserve for two days!  The night before, he offered some of it as solace for the men who had to get things ready for the Historian. The ladies had bought ginger ale to substitute for that whole case of champagne.  It was hot and humid- some of the men thought they would have a toast to their fallen. No one thought the bugle playin’ brother was in such bad shape- he got punch drunk. The day of the service, the ladies like to have died when they found out Brother wasn’t able to play ‘Taps’– some even fumed  they were going to kill the whole regiment!

One of the revelers brought in a boom box instead of the bugle; the Honor Guard decided that despite the events of the night before- the Historian rightly deserved the whole case of champagne instead of the ginger ale-and unapologetically handed the widow an icy cup of punch to settle her nerves. During the service the widow slowly slid off the horsehair sofa onto the oriental rug. The Chaplin finished up his rather long eulogy. The Honor Guard stood at attention as the static-y ‘Taps’ blared; they filed somberly out of the foyer onto the grounds, while someone discreetly re-seated the grieving widow. Outside, instead of a synchronized 21 gun salute- it sounded like a bunch of firecrackers going off as the antique guns fired away. The mourners were glad they stayed inside and actually lived to die another day.

Now, like all good Southern stories, this one is part myth, part truth and part outright lies– however, to show good faith…If you will be careful when and how you use it- here is the recipe for Chatham Artillery Punch, from the Savannah River House which will no doubt resurface again.

However, I would like to make this perfectly clear- Southern Ladies are taught it is coarse and common to drink, chug or slurp. A true lady sips. Coffee, water, tea or something to numb the pain…a lady always holds cups, glasses or plates in a delicate hand with the elbow at  the waistline; and honestly sliding off a sofa is just not done under normal circumstances.

Oh Law, I hope you don’t die laughing, but if you do? Please come South, we’ll take care of you.

Find Pat Conroy’s Cookbook on Amazon, Barnes and Noble and other major booksellers! 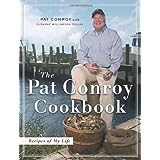 Casket photo is from http://www.bjwinslow.com Other images are either mine or from AOL images, please advise if any copyright applies.