Camellia’s Cottage is so blessed to have among our friends and family those who carry on the traditions of Mardi Gras in Mobile, Alabama! With all of the pageantry, parades and literally raisin’ Cain…Mardi Gras in Mobile is more than a street brawl- its very much a family affair with fabulous Kings, Queens, Pages, the Court and Krewe balls, along with wonderful traditions handed down from one generation to another; not to mention a boost to the local economy! 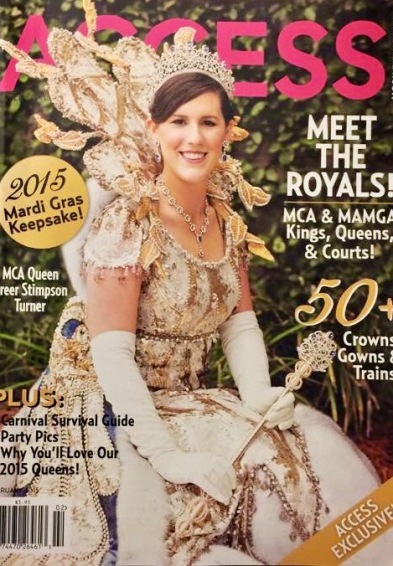 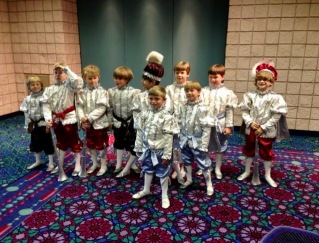 It is an historical fact that Mardi Gras celebrations began in 1703 in Mobile, Alabama a full 15 years before New Orleans even existed! The New Orleans folks will try to tell you that in 1699 a few miles from there, they were the first to get Mardi Gras started but don’t believe ’em…well actually it might not be worth arguing about unless you want to get all historical about it. Anyway, Mardi Gras in Mobile has a wonderful tradition of hosting a People’s Parade- better known as Joe Cain Day. Ever heard the term- ‘raisin’ Cain’ ? Well, during Mobile’s Mardi Gras there’s a whole lot of raisin’ Cain because of a man named Joe Cain- who decided after the Wah between the States that folks were just too down and out-in 1866 Joe Cain dressed up like an undefeated Chickasaw Indian Chief and with a few of his rowdy friends and a fireman also known as the Lost Cause Minstrels-  they used a coal cart to parade through Mobile. One hundred years later in 1966, the city of Mobile literally ‘raised Cain’– Joe Cain’s body was exhumed from his resting place in a sleepy little town called Bayou le Batre; then Joe Cain’s remains were re-interred in Mobile’s historic Church Street Graveyard. Complete with a jazz band- Joe’s Cain’s Procession led by Joe’s wailin’ widows- Lida Cain, Novah Cain and of course Solah Cain joke and argue all the way from Joe’s house on Augusta Street  about which one was Joe’s favorite – these widows aren’t exactly dog ugly but they do look suspiciously masculine when they start dancin’ on his grave at Church Street!  Thousands of people walk the hilarious funeral processional parade. 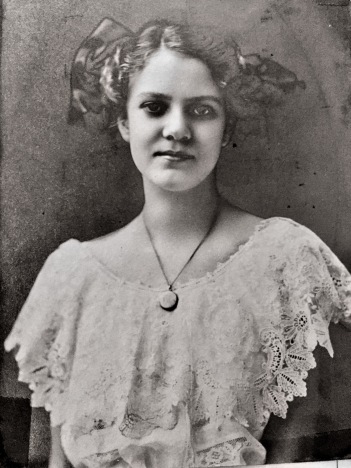 Mobile somehow manages to accommodate more than a 100,000 visitors for Joe Cain Day! I couldn’t resist showing off some of our own Mardi Gras memories! The opening photograph is a handsome Page whose daddy is in the Double OM’s or Order of Myth, which is the oldest continuous parading Krewe in Mobile and celebrates it’s 150th year! His momma is in the MOM or Maids of Mirth and without her, I would not have many of these photographs!! 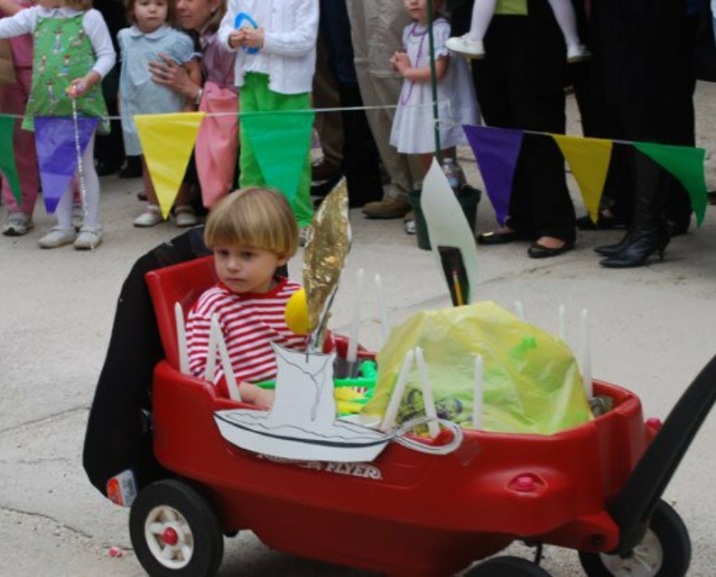 The vintage photograph is not Joe Cain’s widow, but a beautiful Mardi Gras Queen, not just once but twice! Other photographs are a Mardi Gras Queen in all her glory and Raisin’ Cain with a couple of merry men!, then there are a group of adorable Pages, a little wannabe Queen dressed for a Ball, a kindergarten reveler pulled in a parade wagon-then there is the Floral Parade which is for the young folks when they get a certain age who are finding out just how much fun being in a parade actually is!

Also there is a couple who had a great time attending an unofficial Mardi Gras Ball. Mardi Gras wouldn’t be complete without a King Cake and a Mardi Gras loot bag with the famous Moon Pie® parade throw included! 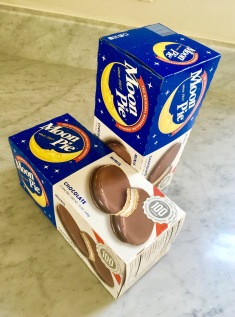 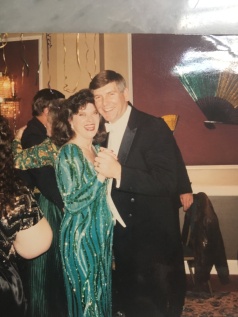 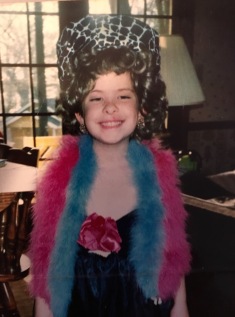 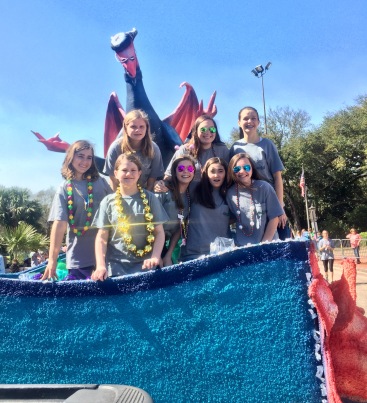 *all photographs are the personal property of Camellia’s Cottage community and should not be used without permission.

4 thoughts on “Mardi Gras in Mobile!”