Weezie Walters opened her door with the intention of going out to get the newspaper and was hit in the face with freezing cold air, she eased it back shut and thought better of it, she was snowed in..for two whole days now. This is almost unheard of in the South- one day, maybe- but to be snowed in for two whole days, rare. The menfolks had braved the weather the day before to check on road conditions; one man opened his law office-a couple came by who were considering divorce after being snowed in for 24 hours. He talked them down with strong cups of coffee until a compromise was reached. The problem started when the husband let his hunting dogs in the house to keep warm- they had a running fit-knocked over the wife’s heirloom silver and crystal epergne and snagged her mother’s antique Christmas lace tablecloth. The husband had paid a whole lot for those hunting dogs, and were arguably worth more than the heirlooms but the sentimental value of the antiques rendered them irreplaceable. So with the lawyer’s help, it was mutually agreed upon that the dogs needed to be put in the garage with the heater running full blast while they were snowed in. As soon as possible, the husband needed to try to replace the heirloom epergne with one of equal or greater value with the firm understanding that one way or another he would spend the rest of his life paying for it.

Another man opened his Used Car and Antiquities location. He actually sold two cars and an old sideboard too. Now he had customers on the way over from the law office. He thought to himself, maybe it wasn’t so bad being snowed in. Another fellow noticed the dire reports of road conditions were true in some areas; one particularly well travelled road had slick spots bad enough to be closed off, folks all along that road were snowed in too. There was a pile up on the Interstate, which had changed the travel plans of several who were determined to get to Tampa to meet their Cruise Ship.Instead of flying they decided to just drive, the roads would be better the farther south they went and at this rate, it would take longer to wait at the airport than to bite the bullet and drive-far better than cancelling the trip because they were snowed in. William and his brother Billy decided to get out in the yard and split some extra firewood until the axe handle broke and they started hollering at each other about whose fault it was; they gave it up since they were set for firewood anyway and just needed to let off some steam.

Mary Belle sent her grown son outside with a step ladder to break off some icicles, she held the step ladder for him and together they packaged them up in zip lock bags to put in the freezer for the next time her grandchildren came for a visit. Ray Vann’s Aunt Lizzie decided to close up her home, so- along with her two of bridge playing friends- they were headed to his house because icy sleet threatened their power and cable television. Ray Vann planned to make up a fourth and was well pleased; the ladies brought a chicken casserole, a pound cake, a big pot of soup, hot curried fruit and the makings for a hot punch.

Ray Vann’s house has a generator and like his sweet momma taught him -if things got testy, he could always fortify the cider with cooking sherry. Ray Vann was pulling out the cooking sherry when he recalled that he had heard the Public Transportation Van had to cut the route short due to inclement weather the day it snowed…only one stop was made after weather reports were beginning to come in. First on the van that morning were two meek women who needed to run to Walmart for milk and bread. Then a church lady got on-she asked to be dropped off at the AME Church of the Jordan River to prepare the building for shelter. 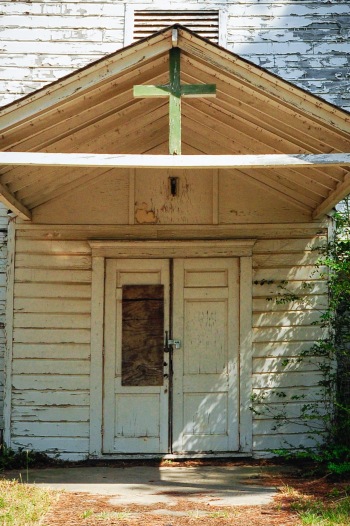 She smelled of lavender and lemon, tight curls freshly coiffed, a starched shirt under a wool shirtwaist with a worsted wool coat, silk scarf, sensible polished shoes and a small overnight case, she was ready to get snowed in.  She sat right behind the driver to keep an eye on things and had a good grip on her large pocketbook. Next a third woman from one neighborhood over, got on-bundled up in her wool scarf, puffer coat, thick socks and puffer boots with fake fur, sort of trashy looking truth be told. The last stop took on a large male passenger who appeared to be a grouchy Veteran of Foreign Wars. He sat down so hard that it felt like the tires had gone flat on his side of the van and alarmed the others. It was told on good authority that he abruptly stated to the driver- ‘ABC Store!’ Well, the church lady looked indignant, stiffened her spine in disgust- while the other women cleared their throats and looked out the window nervously.   Since the Alcohol and Beverage Control Store was close by, the van driver pulled in there first- getting directives as to how to proceed due to weather concerns. This apparently pleased the veteran no end- he turned to the ladies and gallantly said- ‘Would you ladies like for me to pick up anything for you?’  The puffer coat woman began fumbling in her bag for cash; with a large cough said ‘Why yes, I feel a head cold coming on. A hot toddy might do the trick since it’s clear the doctors offices’ll be closed.’ One of the two women said, ‘Well if you’re asking, here’s a ten- get me a smallish bottle of bourbon- I need to replace what I used making fruitcakes.‘ The church lady peered her way disapprovingly. The other woman sniffed loudly and with a look of abject dismay said ‘Why no! I don’t need a thing, thank you very much!‘.  The church woman looked kindly on her. Oh the indignity of it all. While the man was in that evil store, the church lady withdrew her Bible from her pocketbook and began to read, “For the drunkard and the glutton shall come to poverty..” Raising her hands toward heaven the dismayed woman cried-‘Amen!’ Another weak ‘Amen’ from the fruitcake lady. The woman with a cough, just coughed louder and shifted down in her puffer coat. The driver said, ‘Ladies, no Walmart stop today- this weather is getting bad.’ The heavy veteran got back on- all smiles now and began handing out the plain brown paper bags. The fruitcake woman had withered under conviction, and said- ‘Just keep it.’ Her friend nodded with stern approval. The puffer coat woman narrowed her lying eyes and with a cough said- ‘Look, it’s just a precaution.’ The church lady began humming ‘We shall overcome’ as the van pulled away from the ABC store. Apparently the wind was taken out of the passengers, but the air in the tires held out to get them home where it is reported the cough has miraculous healed, the righteous are intact and the veteran is rewarded. Snowed in.

Yes, Weezie was wise to stay in and not risk breaking a hip on the slippery sidewalk. Women of a certain age, like Weezie have kept civilized society intact in the South. Especially when they are snowed in. She got back in bed with her phone, lap desk, pen, notepad and stationary and here’s what she did:

Weezie got up, put on a pot of vegetable soup, made a couple of casseroles to put in the freezer for an unexpected event, squeezed a wedge of lemon and a swirl of honey into her hot tea, then got back under the covers with her latest copy of the Tallulah Tattler, which was her only vice. Weezie could hear mommas up and down the street calling out to their children- ‘In or Out!’ and thought how some things never change, especially when folks in the South are snowed in.

No, Weezie as long as you’re around, darlin’- we will live like civilized folks instead of like a bunch of heathens, especially when we get snowed in. Oh lord, like any Southern tale this one is part myth, part truth and part outright lies- but I dearly love to tell these tales.

All names and places are fictional, figments of my imagination. Any resemblance to an actual event is  coincedental.

*Photographs Jeremy Miniard’s – find him at http://www.jeremy-miniard.fineartsamerica.com with two exception-the crystal and silver epergne is from AOL images and may be subject to copyright and the Pound Cake which is mine.